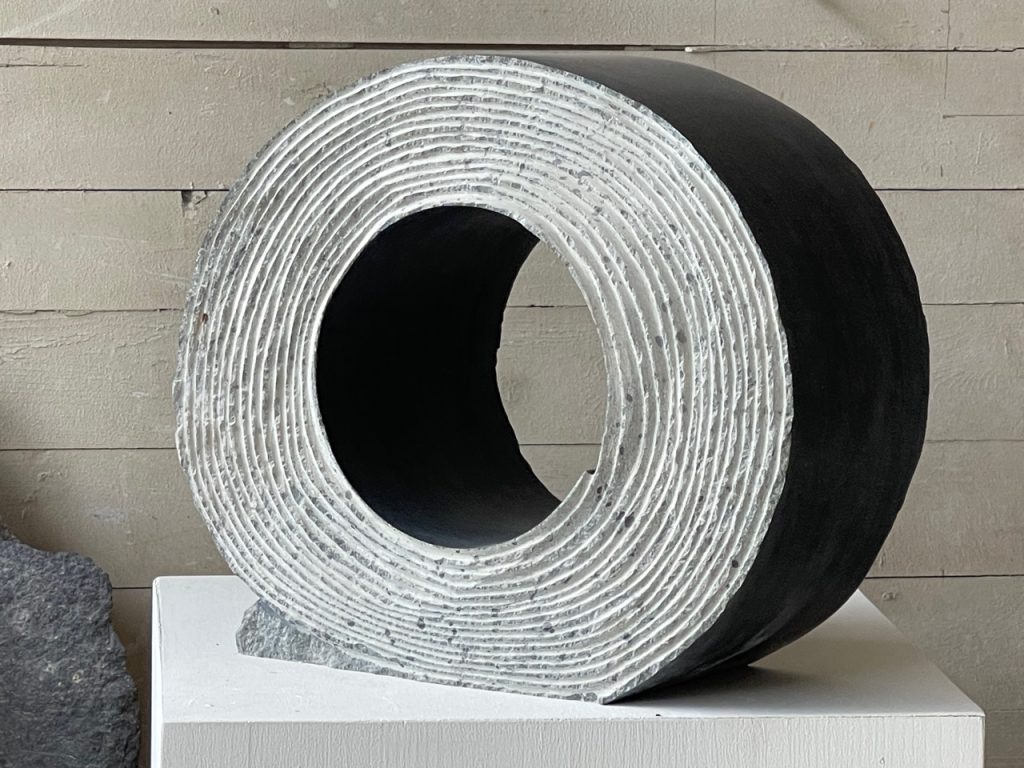 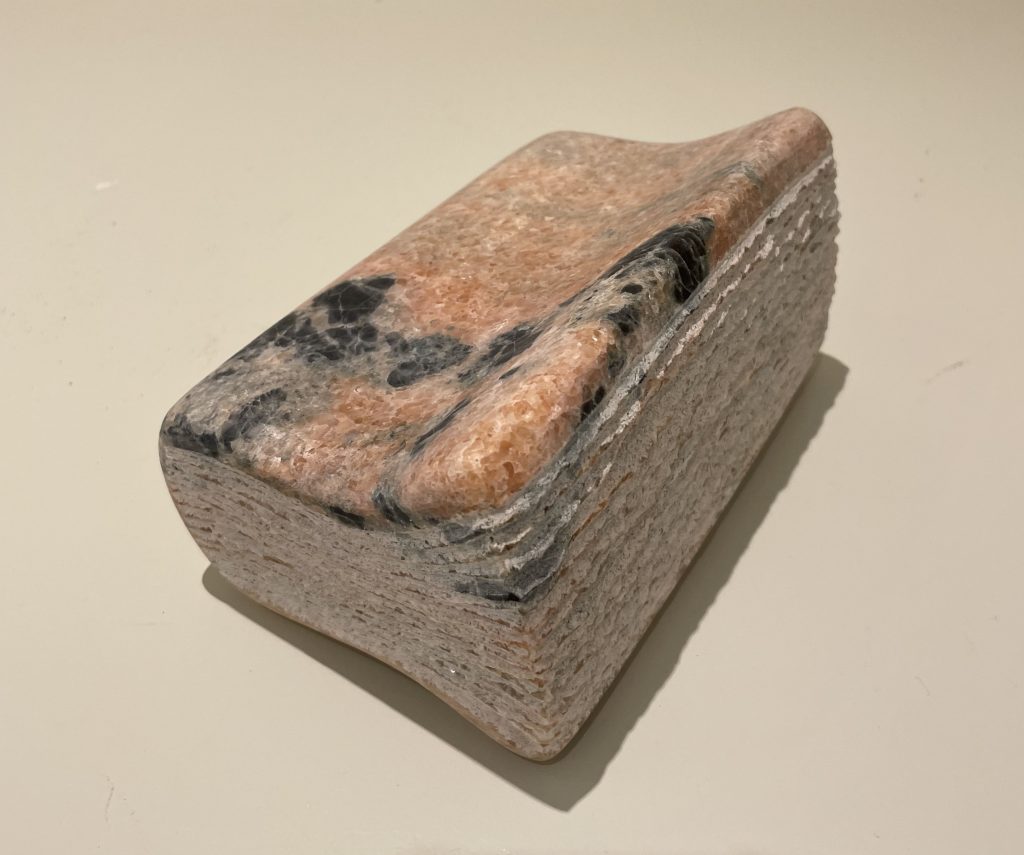 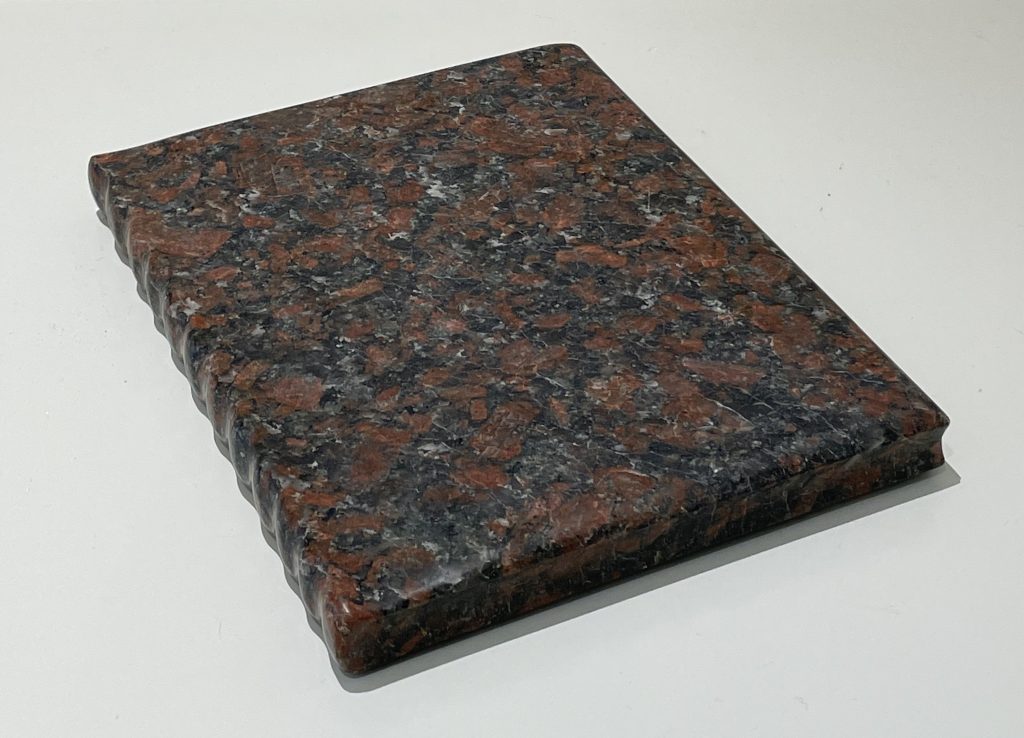 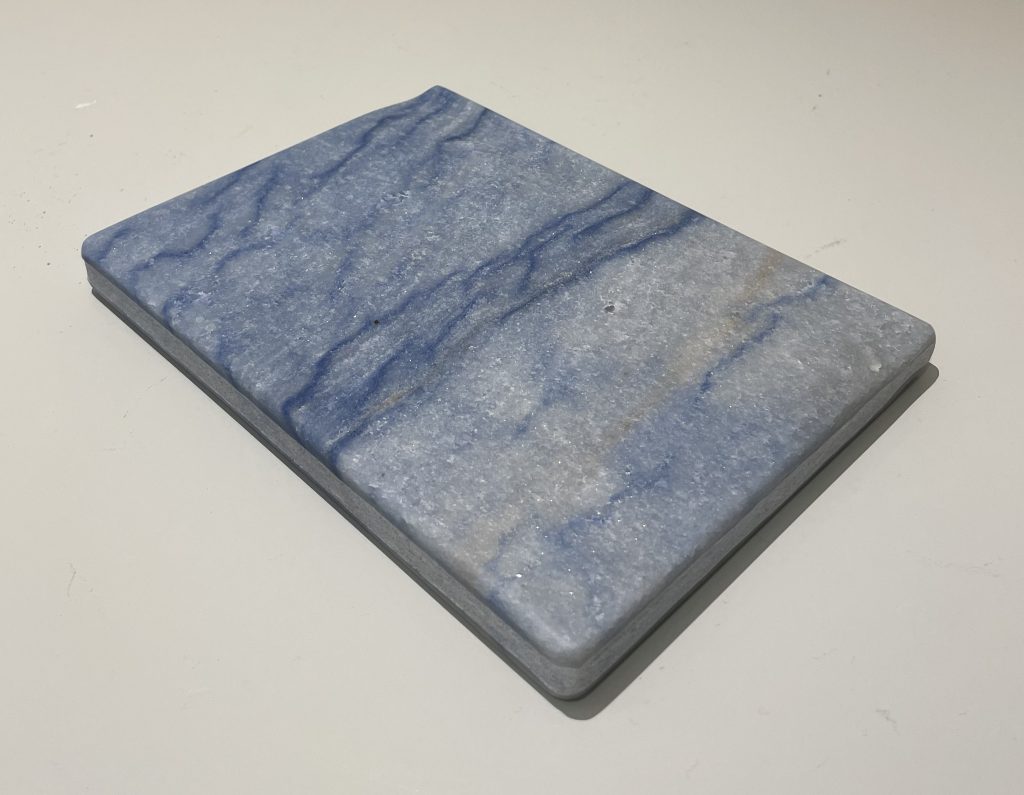 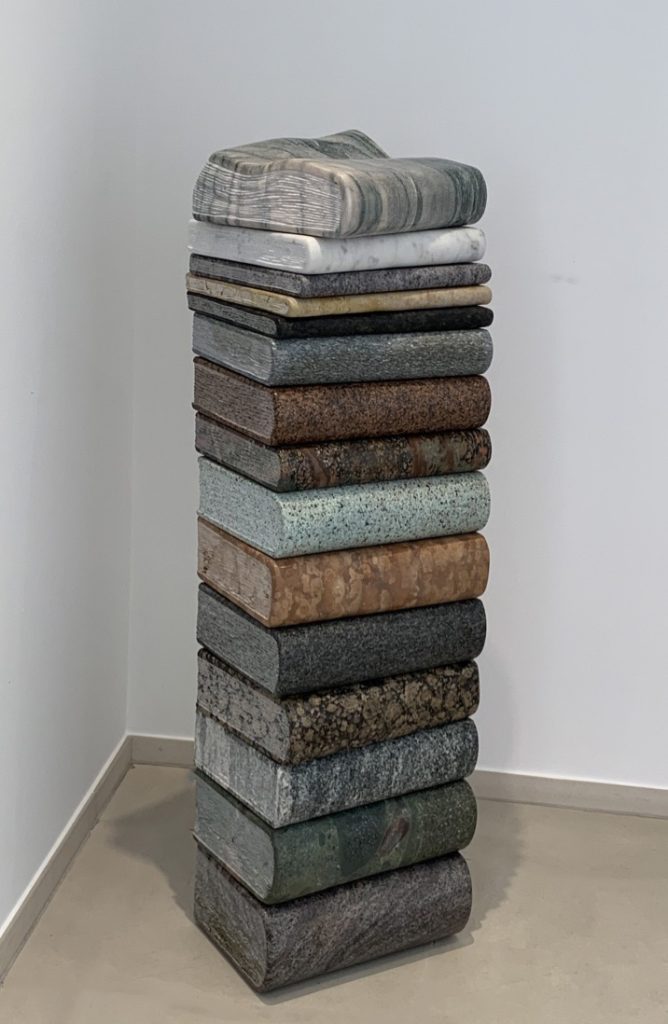 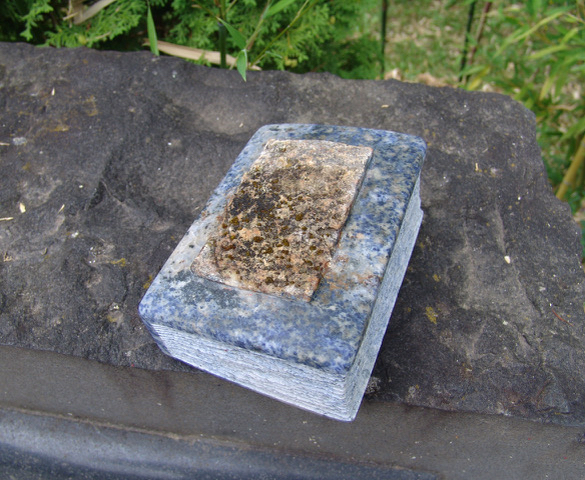 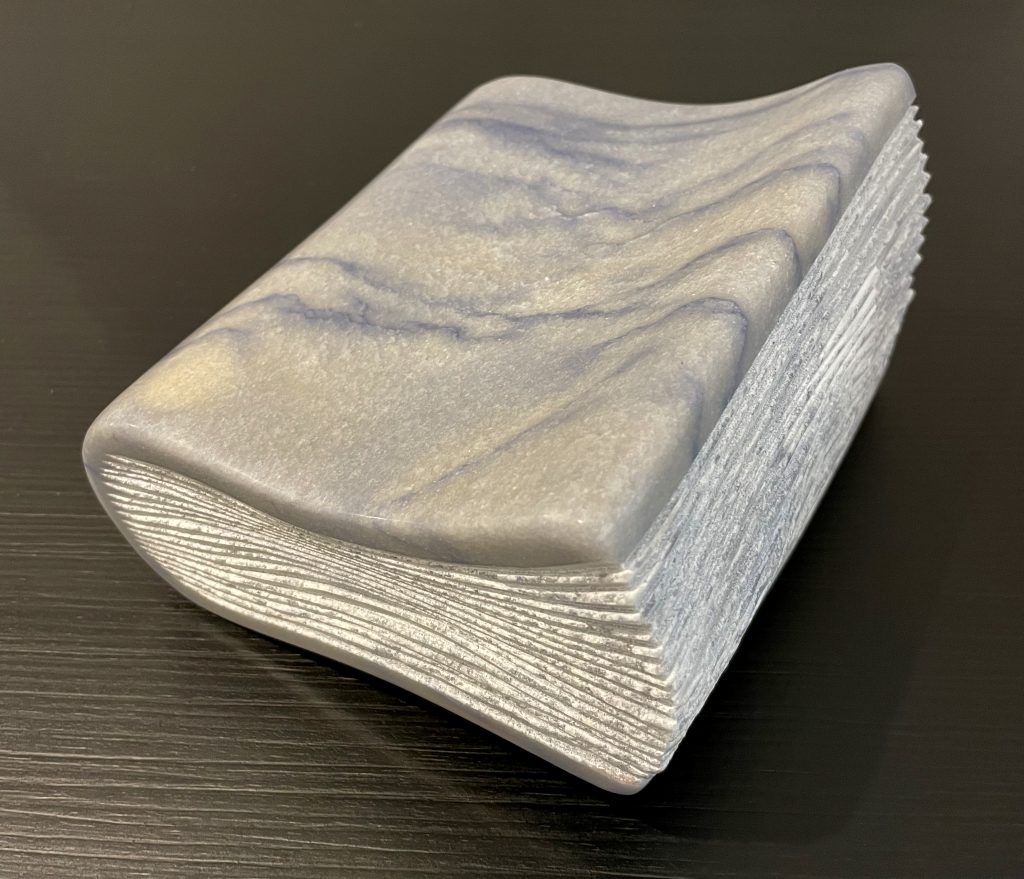 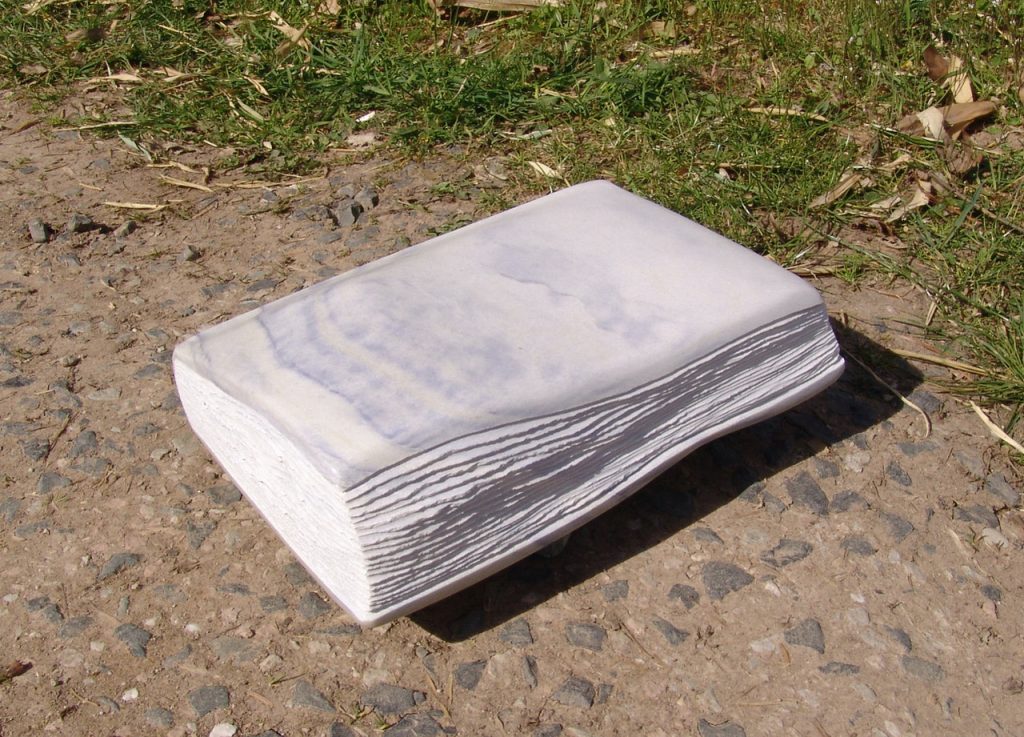 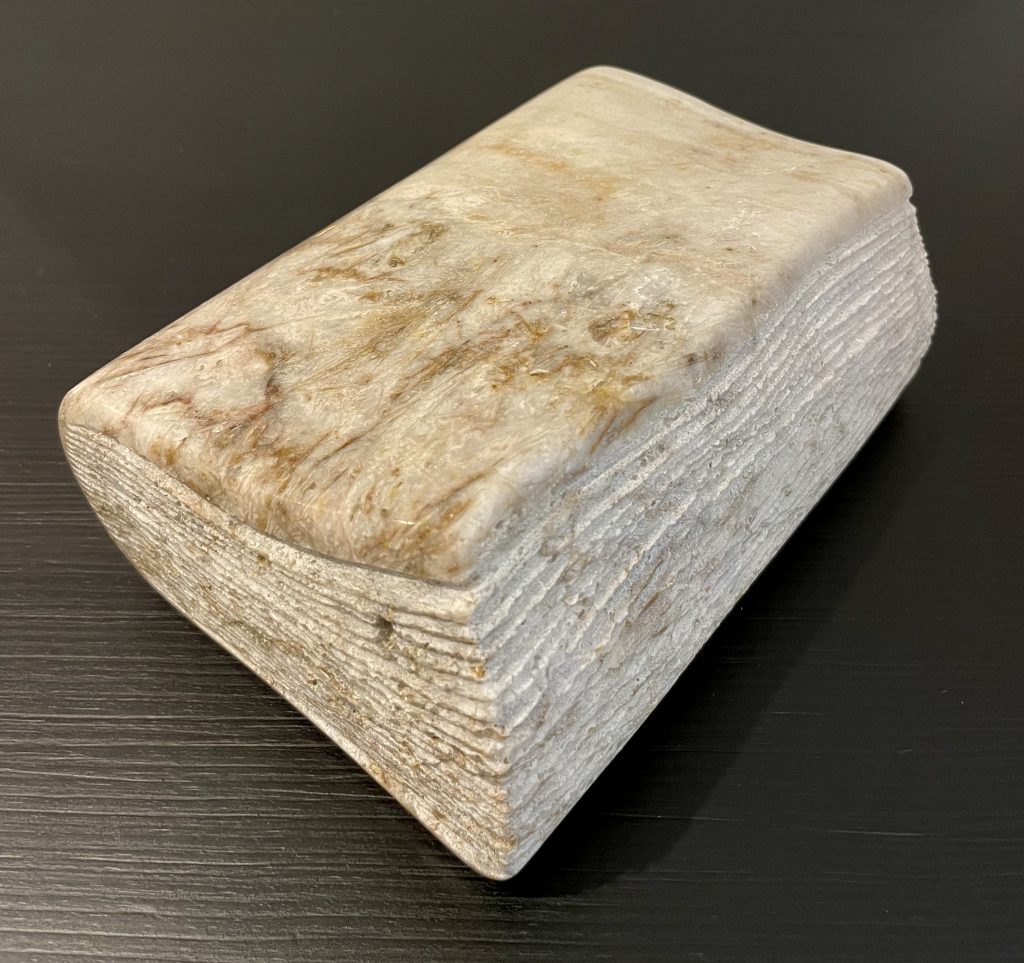 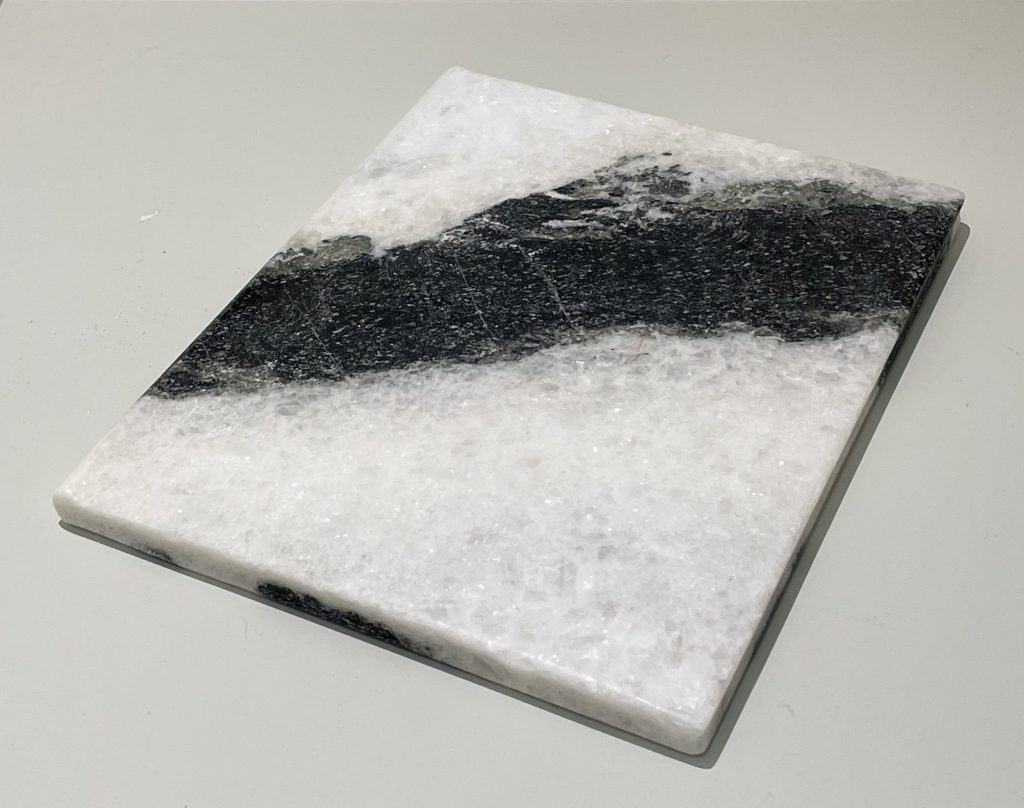 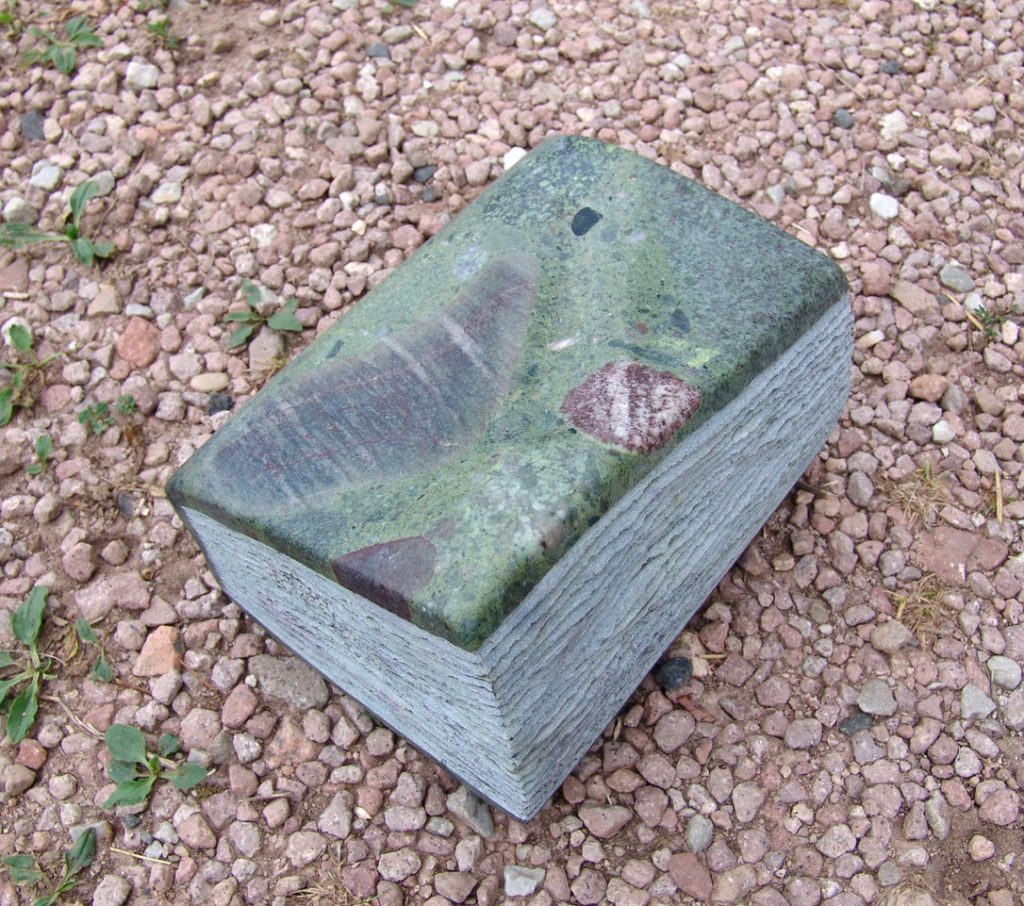 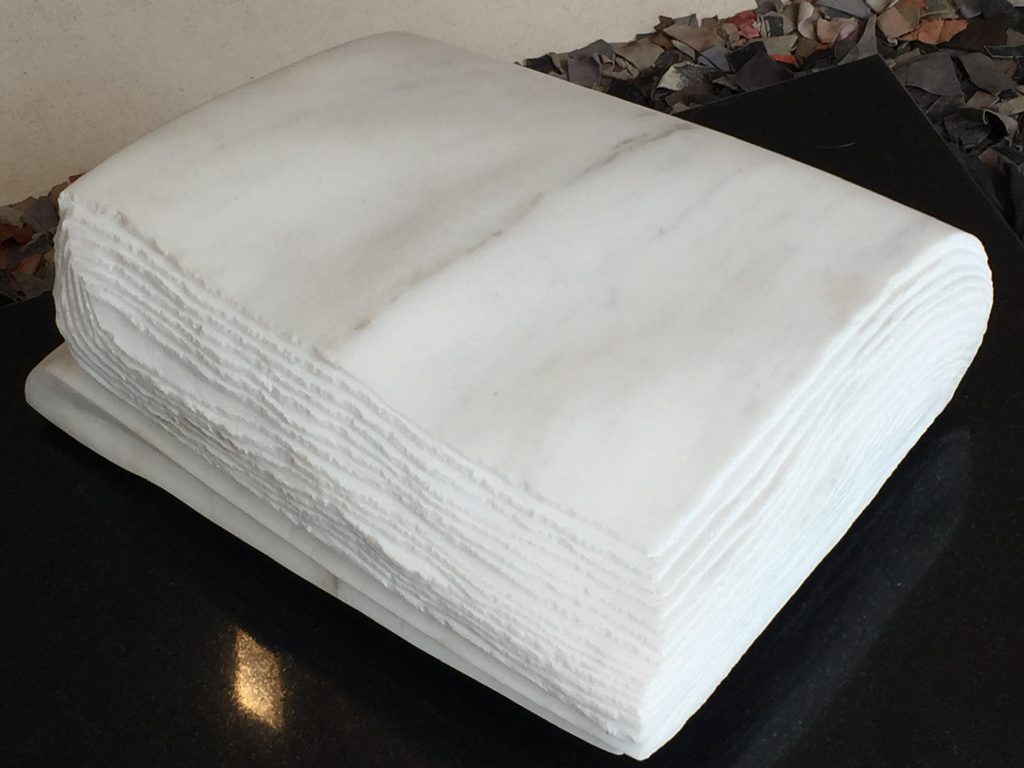 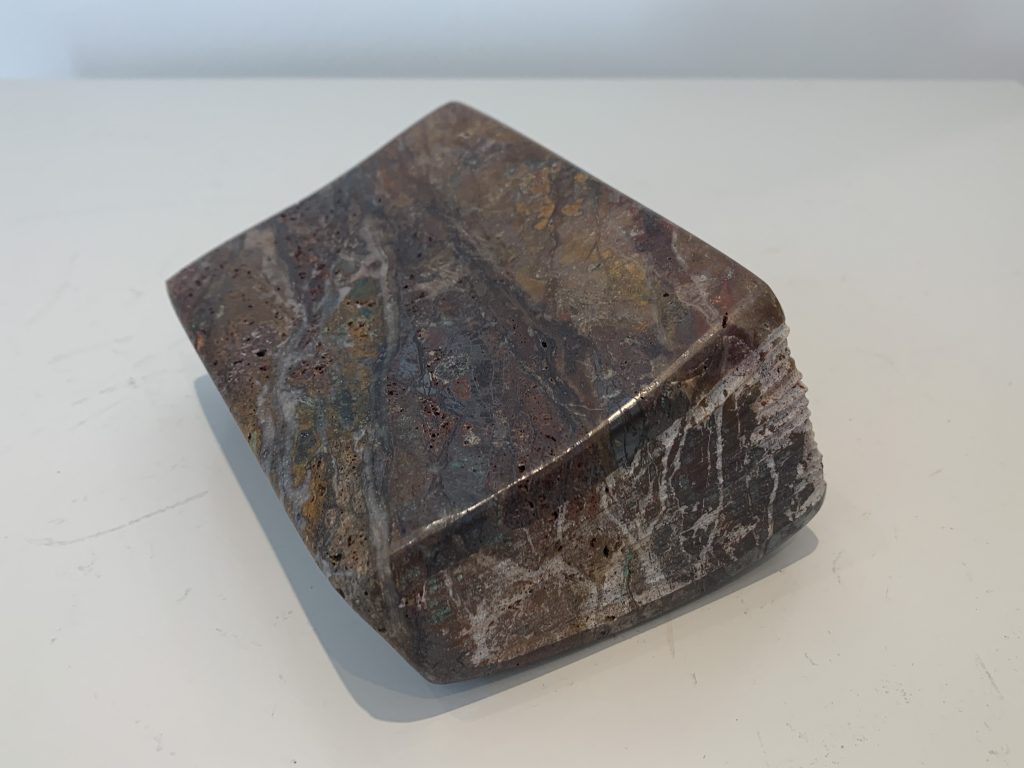 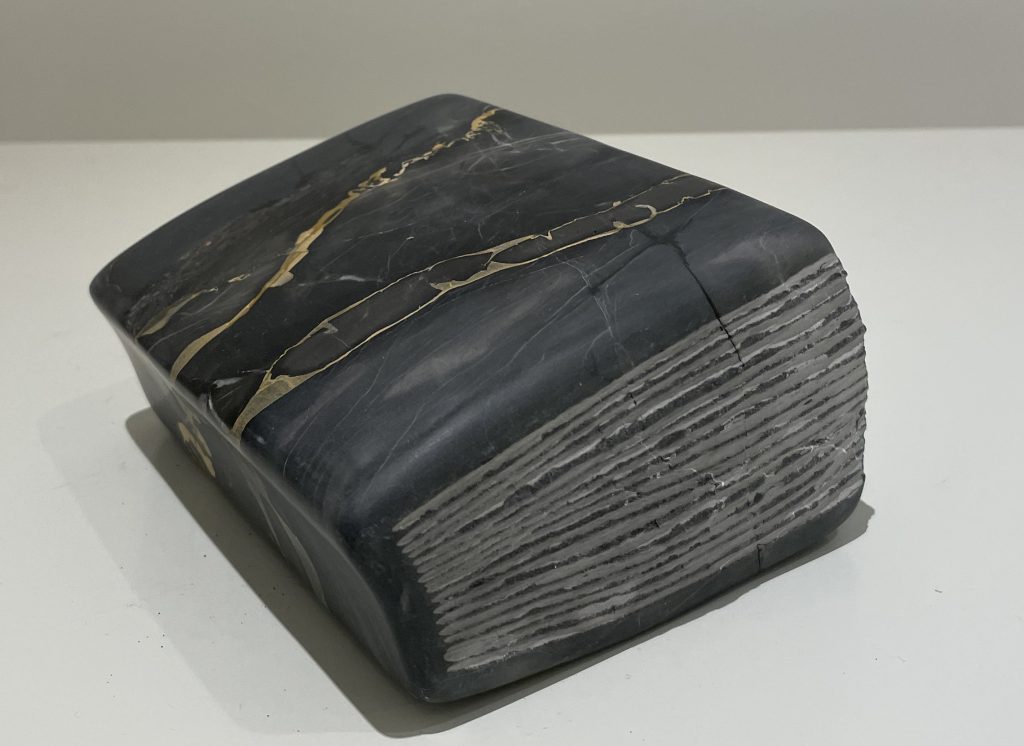 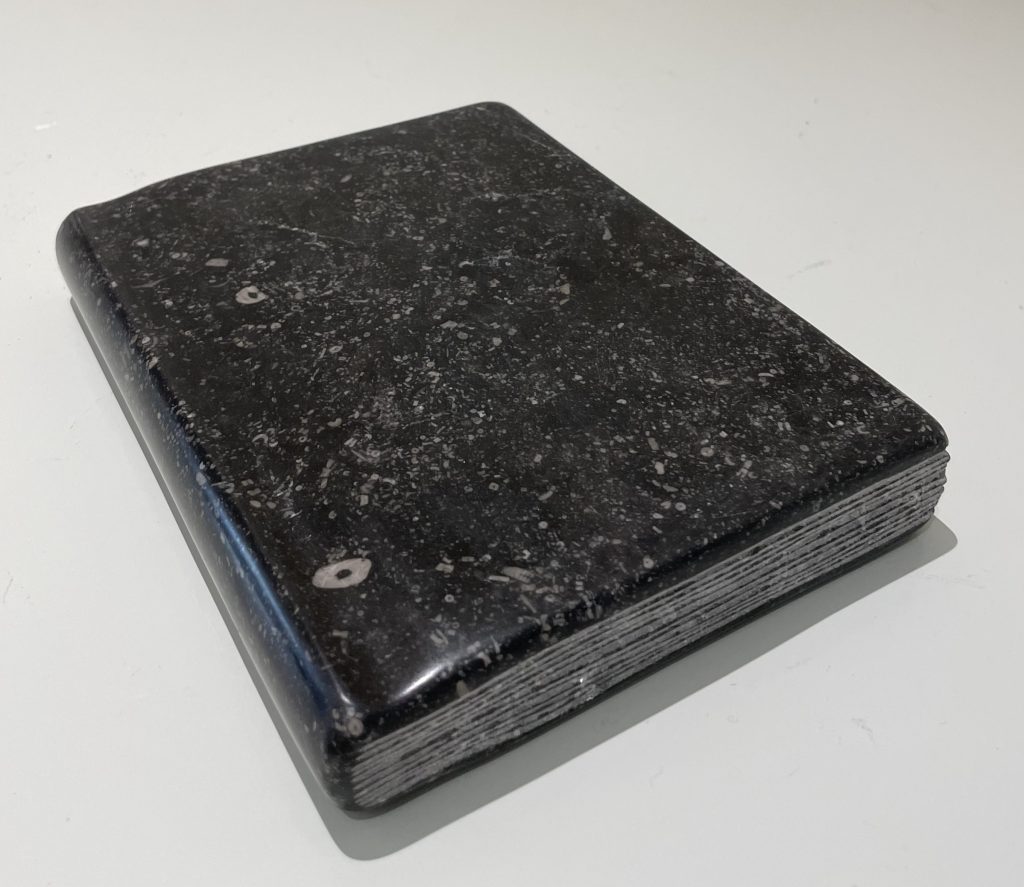 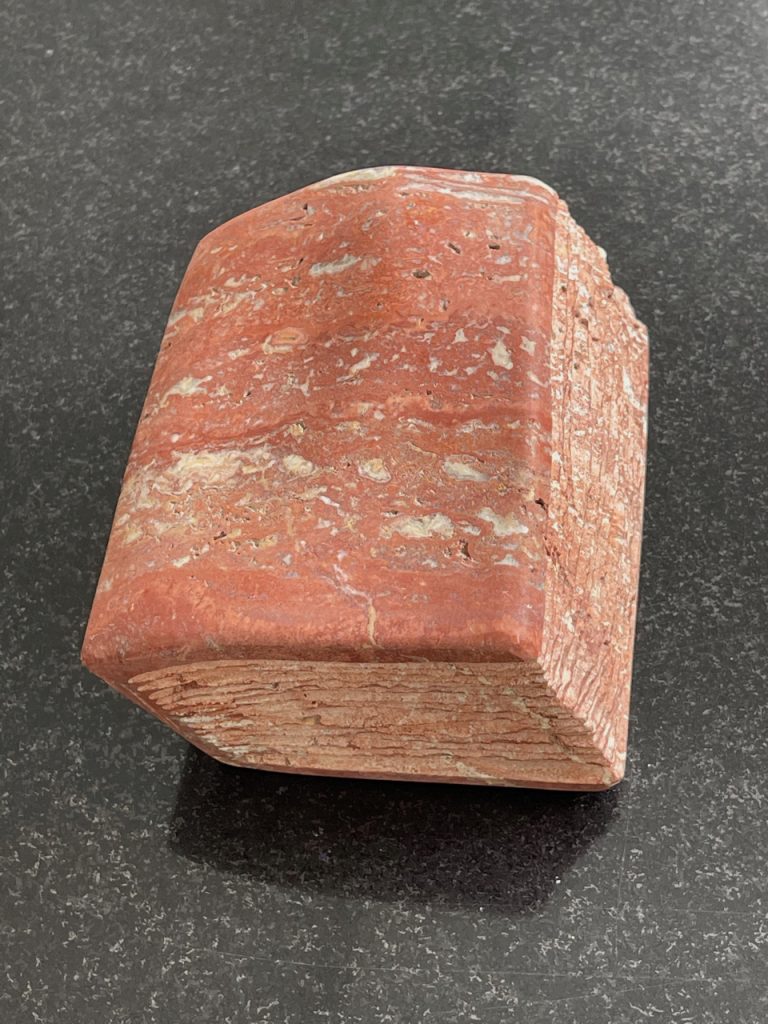 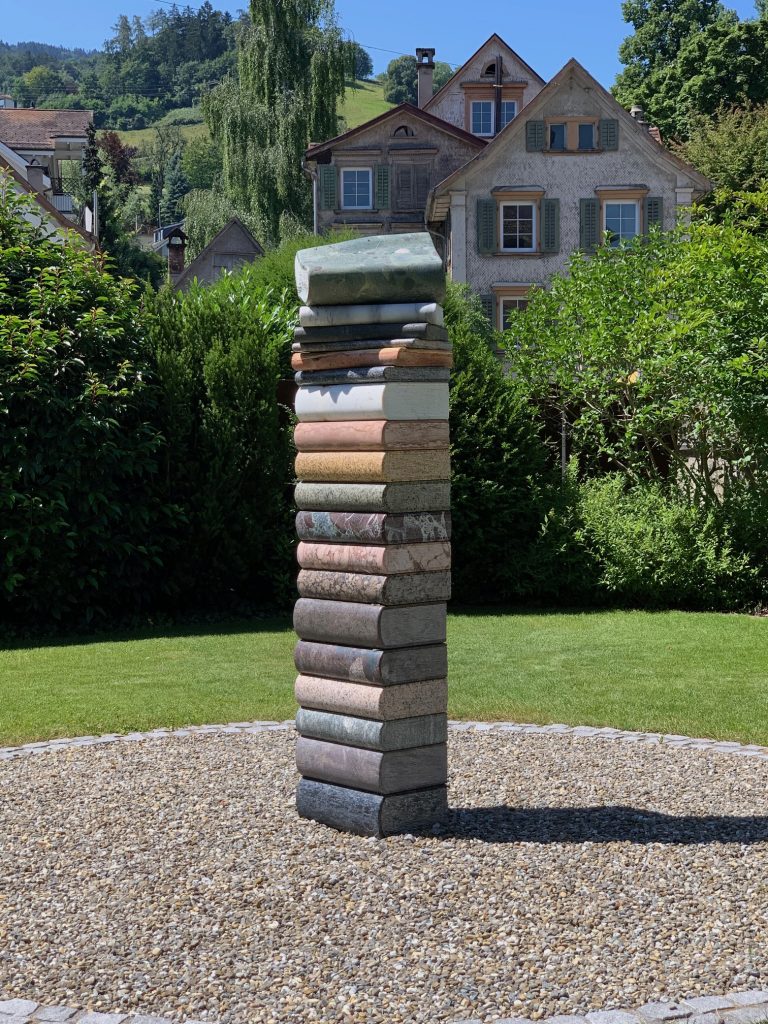 Touching is allowed. “A book is held by the hand and read with the eyes. A stone book is held by the eyes and read by the hand,” explains Anna Kubach-Wilmsen.
From Belgium, Brazil and the rest of the world, she has stones brought to her studio and shapes her books from them. She polishes the cover until all the beauty of nature is revealed, harbouring the human thought.

It is more than personal affection that connects Anna Maria Wilmsen and Wolfgang Kubach (1936-2007). They share the same desire and feeling for art. From 1959 to 1965 the young people studied at the Munich Academy at the same time – he as a painter, she as a sculptor. In 1966 daughter Livia is born, and from 1968 the family lives in Kubach’s home town of Bad Münster am Stein. From then on, husband and wife worked as a team. The joint name Kubach-Wilmsen becomes a term for a special kind of stone sculpture that shows special respect for the material – Anna Kubach-Wilmsen calls it matter. In the 1970s, the couple developed their leitmotif: the book. They created countless stone books in various forms, enormous book towers made of 50 types of marble and granite, and entire stone libraries. One of them, weighing 316 books, has belonged to the French National Library since the 1980s – a monument to collected knowledge. The granite library “La storia della terra” was presented in the Roman Villa Massimo in 1992. The stone has no words, yet it tells the story of the earth. The many stone pages of a “Homage to Tolstoy” cannot be opened, but they do symbolise the imaginary treasure of literature. In 1998, the artist couple founded the Fondation Kubach-Wilmsen. In the midst of a stone sculpture park at the foot of the Rotenfelsen, the Japanese architect Tadao Ando converts an old half-timbered barn into a brightly lit museum. The opening is in summer 2010 – three years after Wolfgang Kubach’s death.
New works by his widow continue to bear the name of the couple: Kubach-Wilmsen.