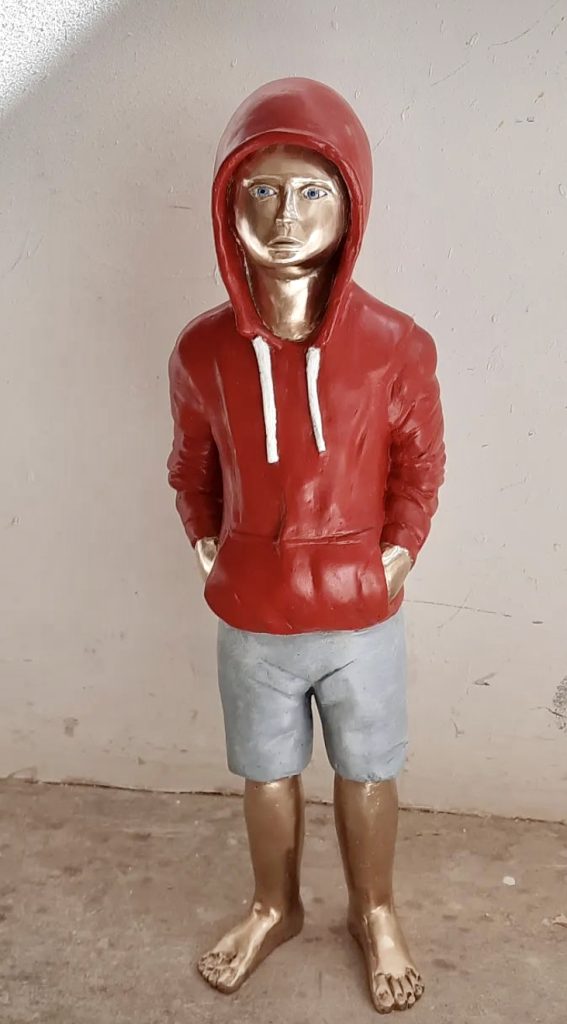 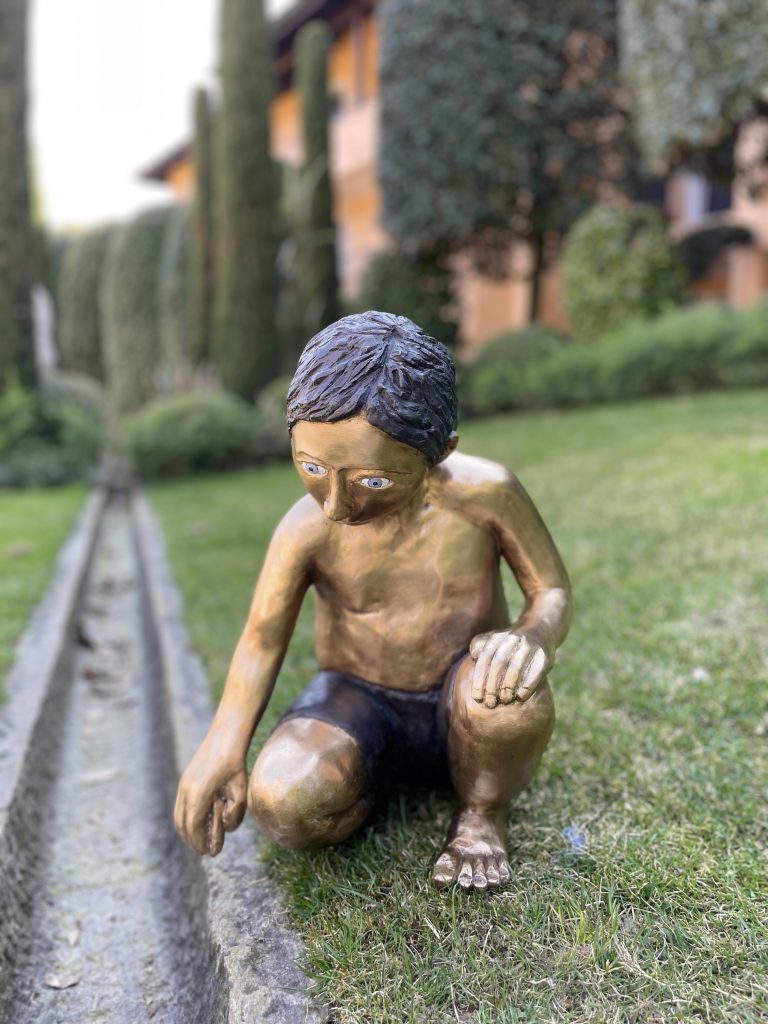 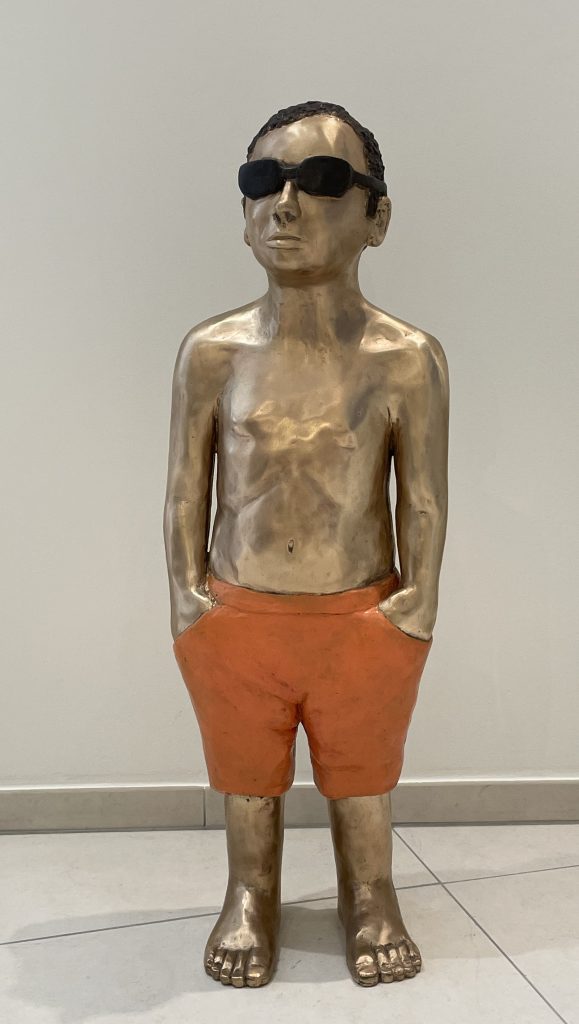 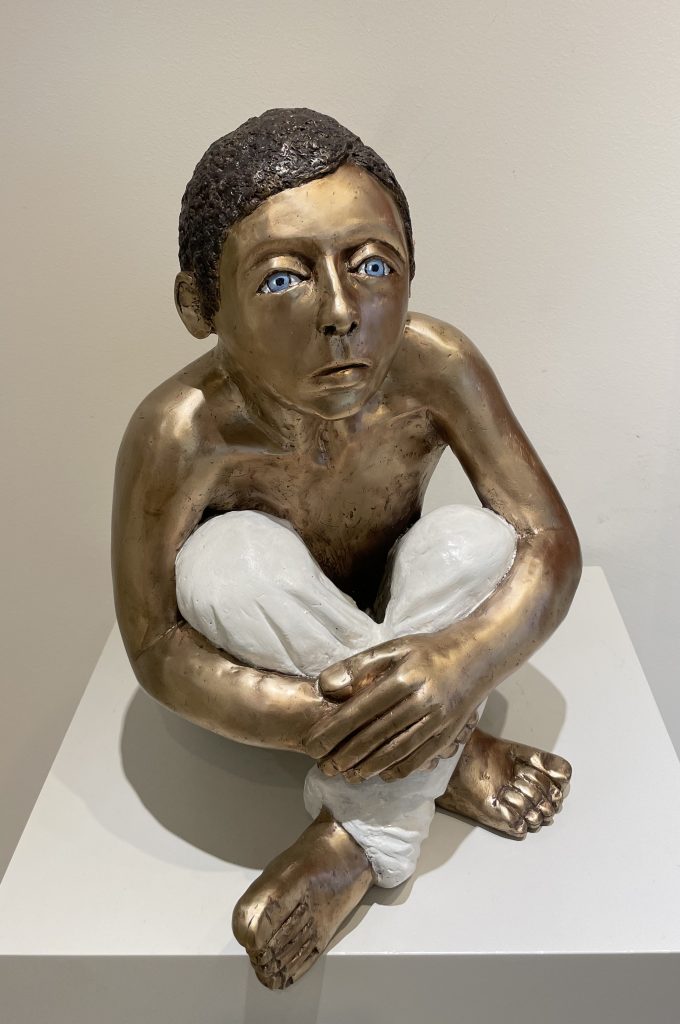 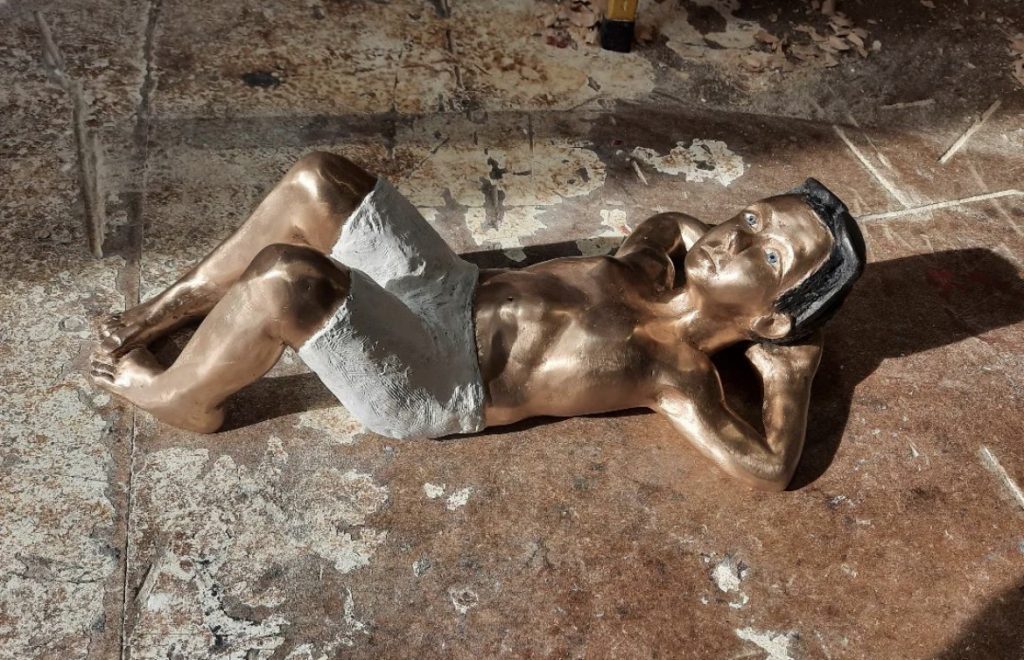 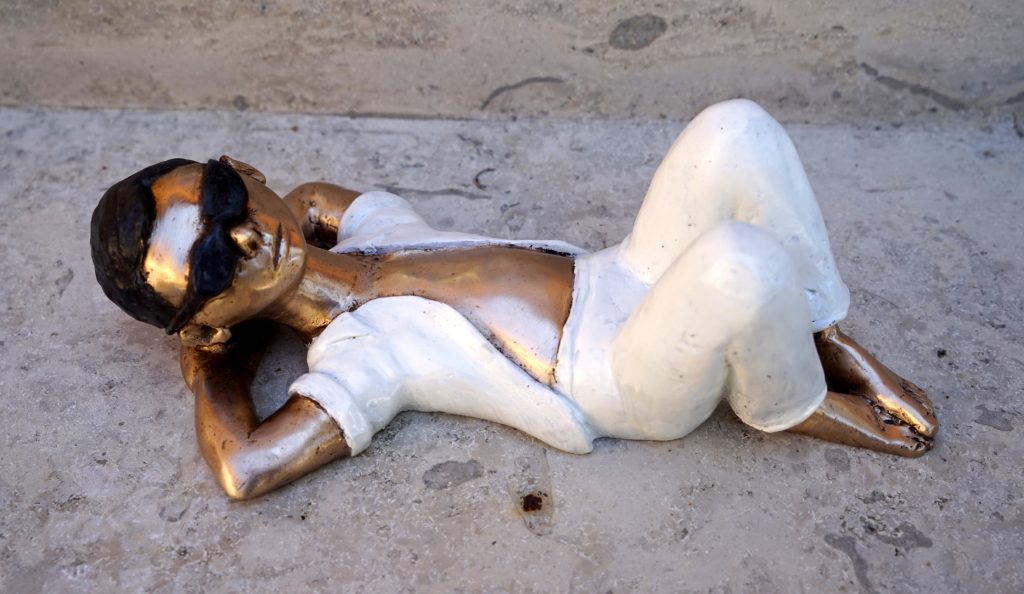 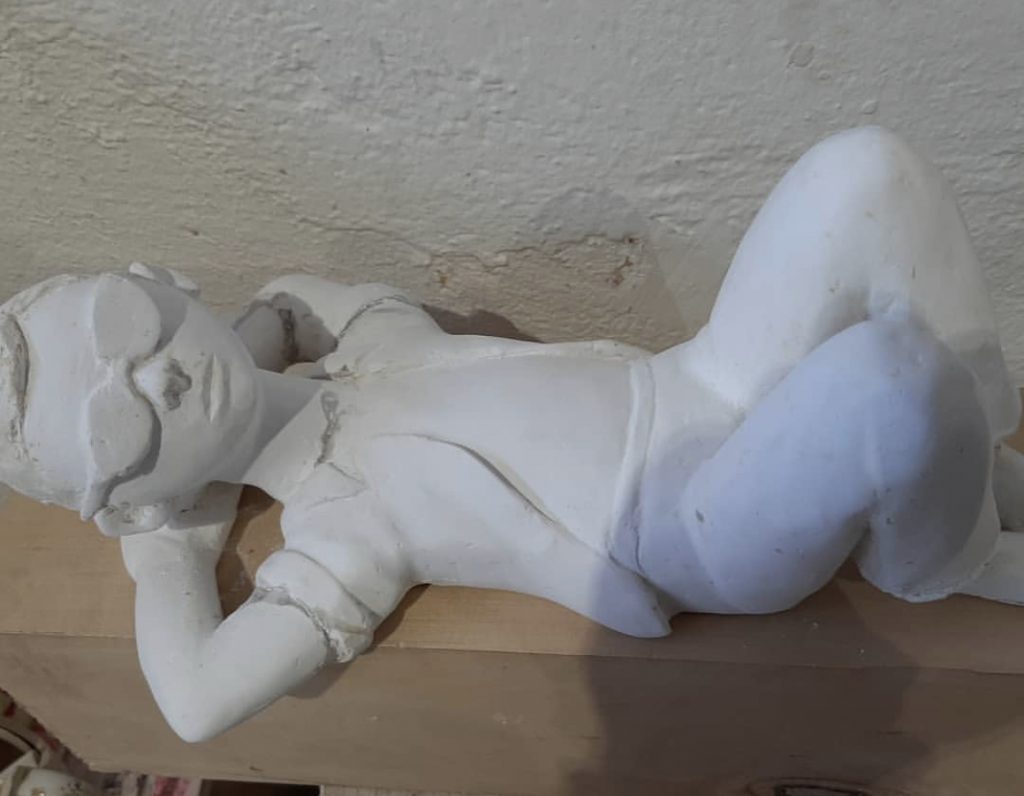 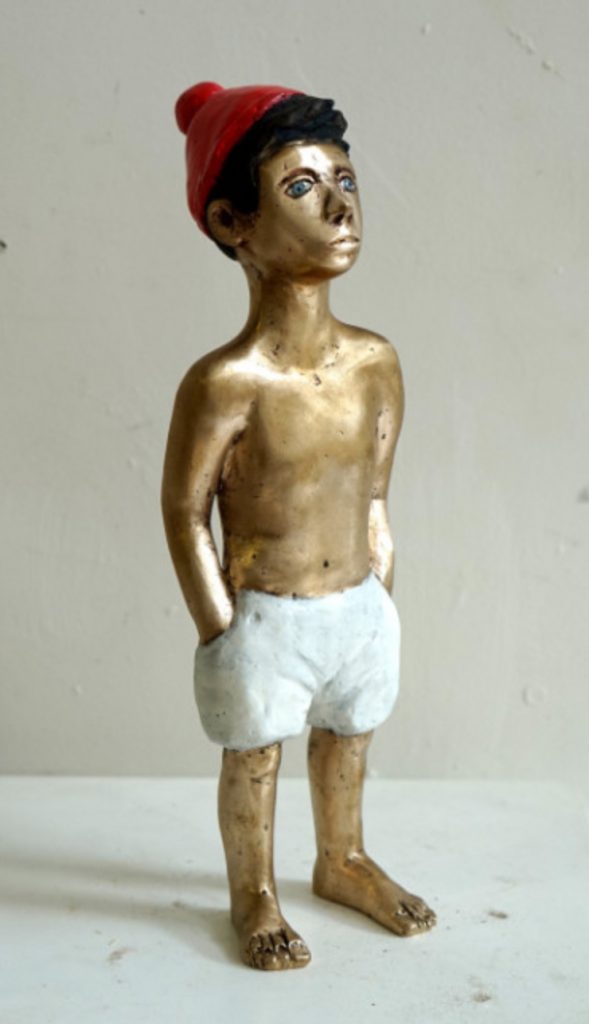 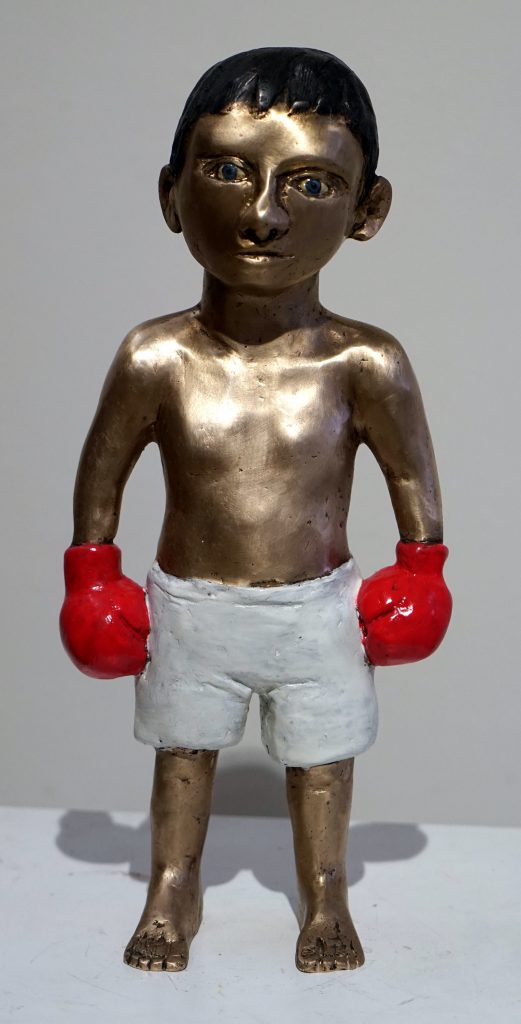 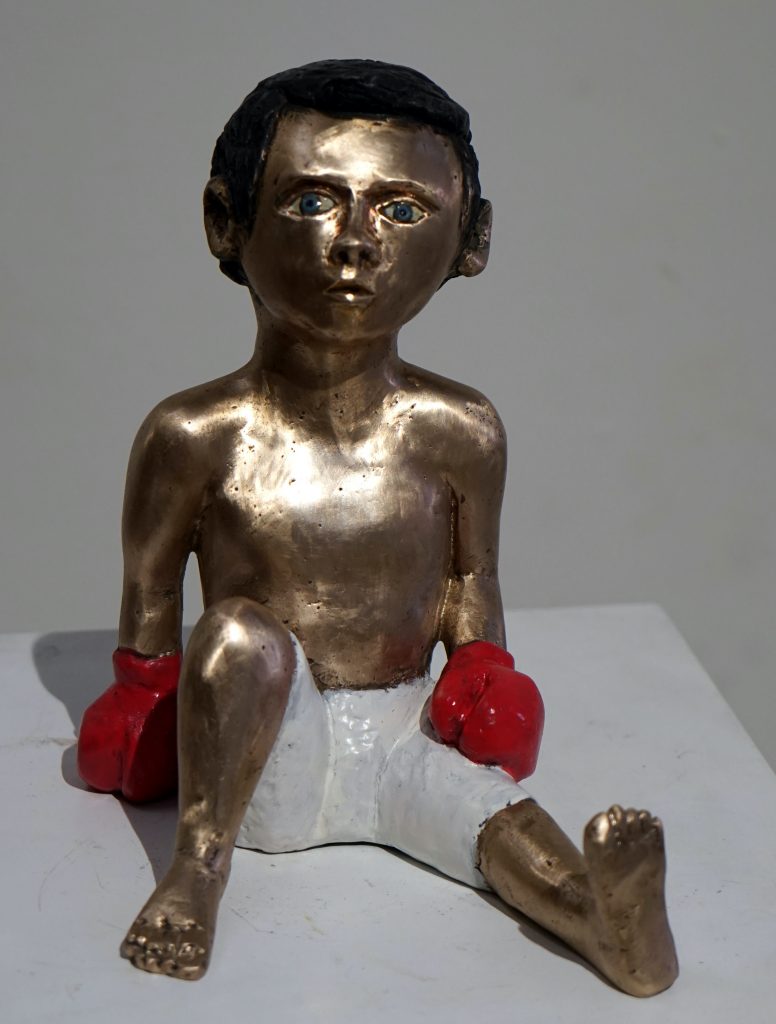 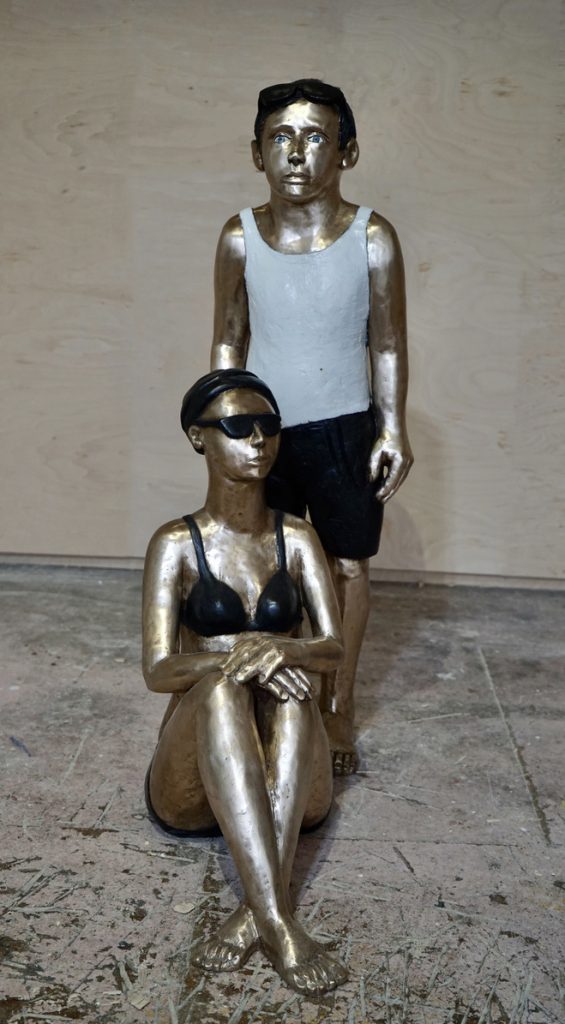 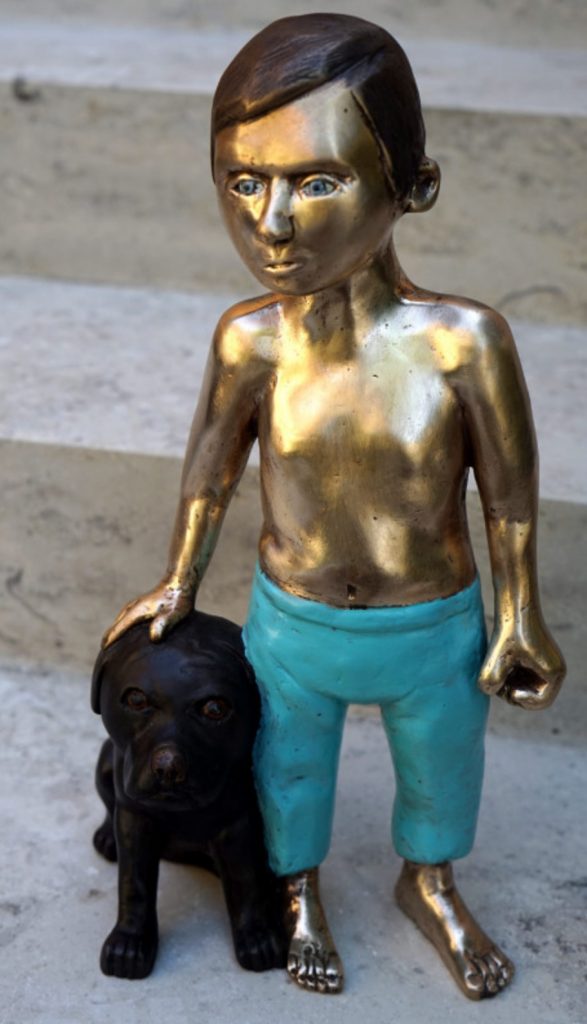 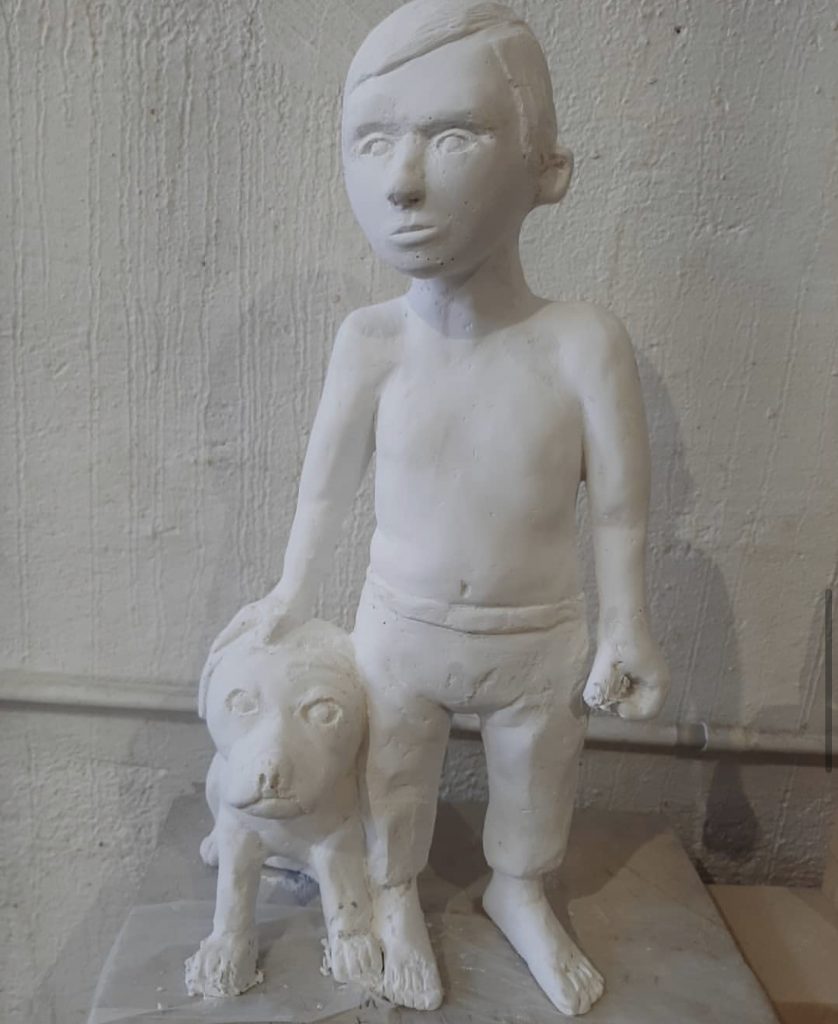 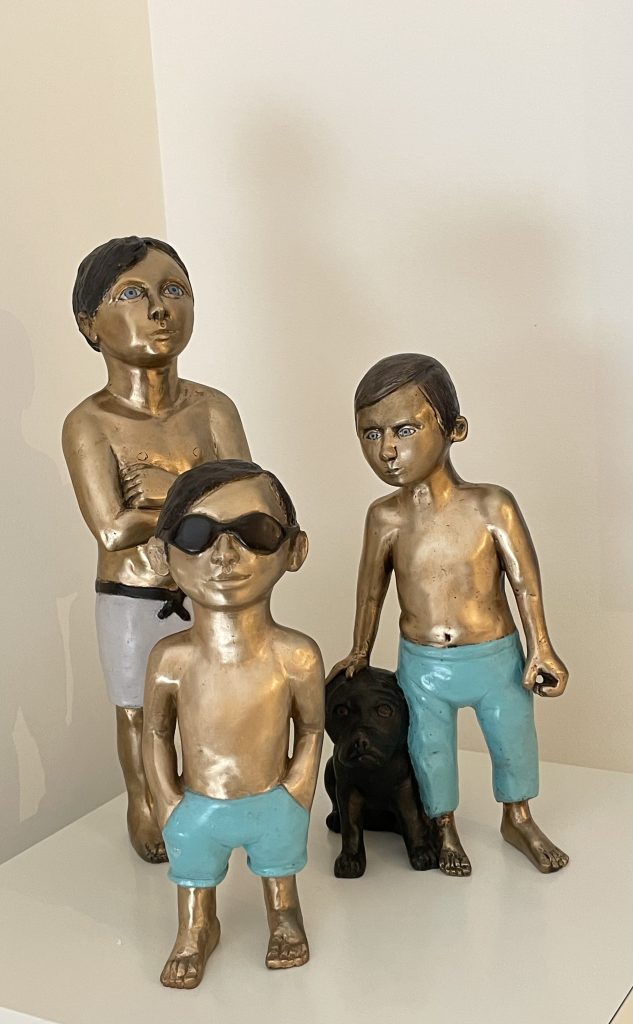 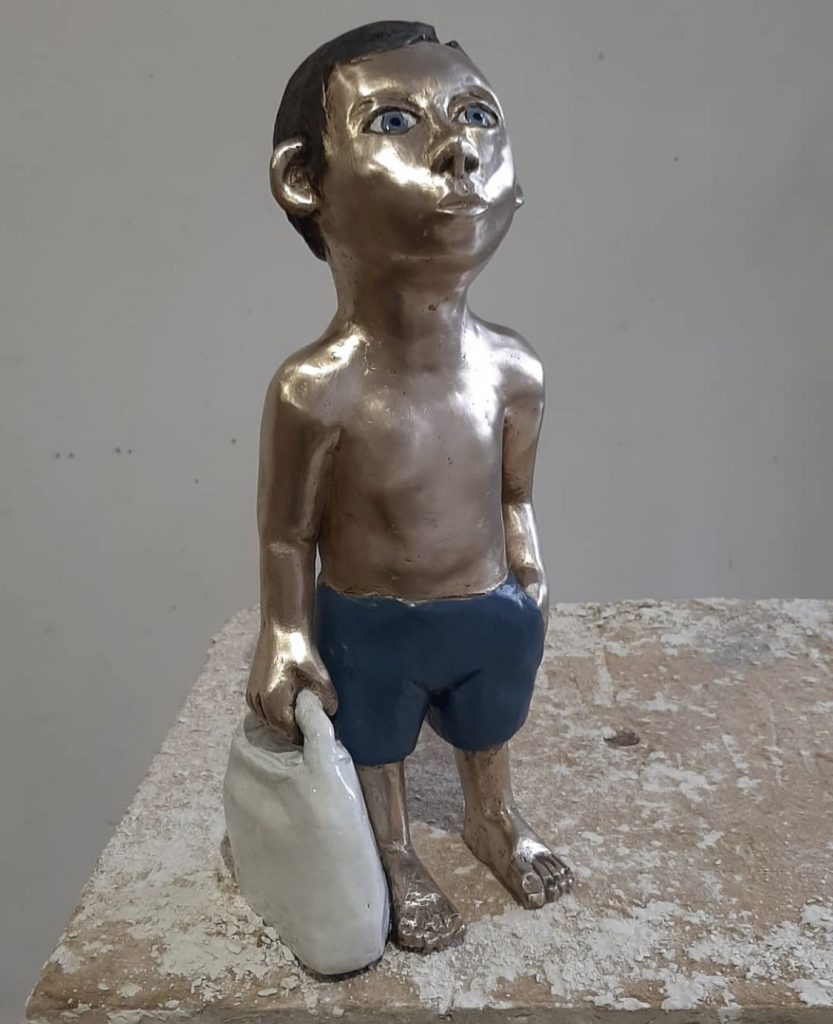 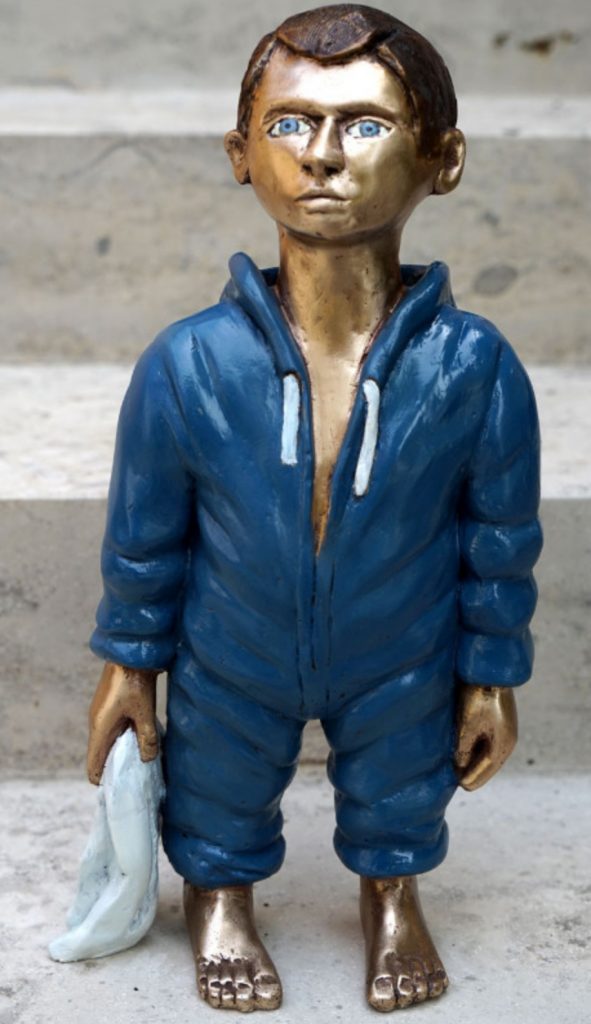 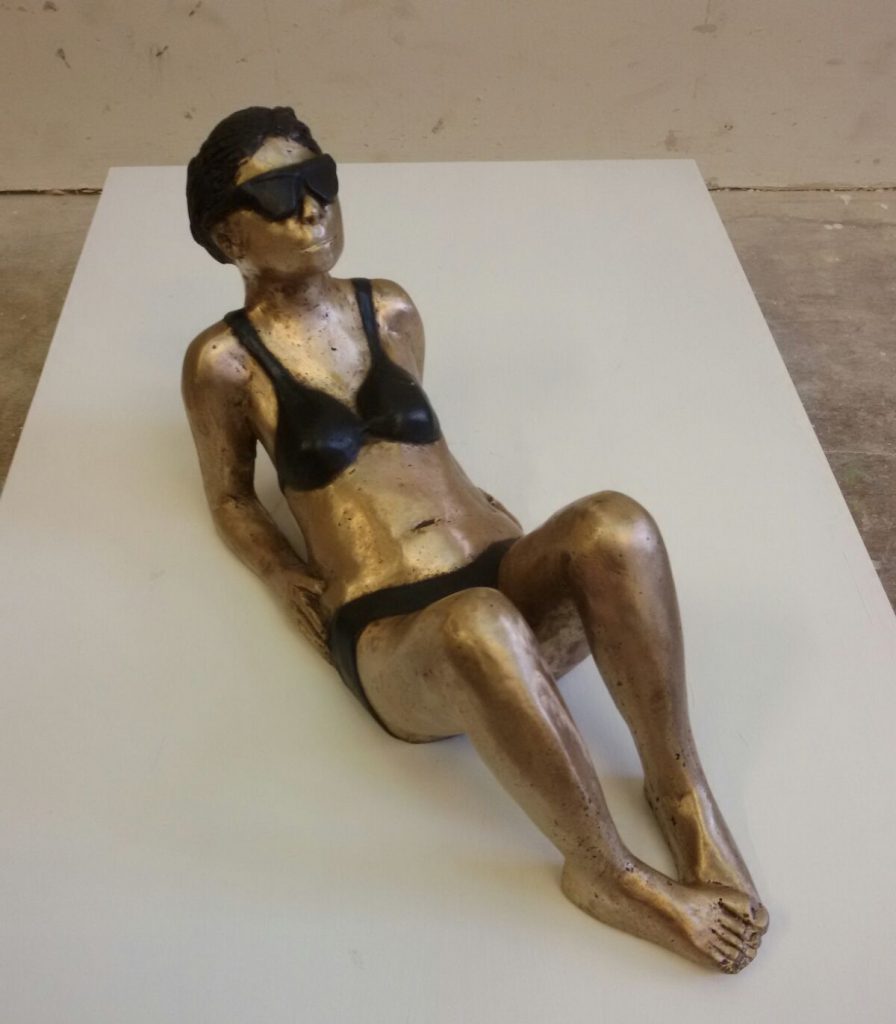 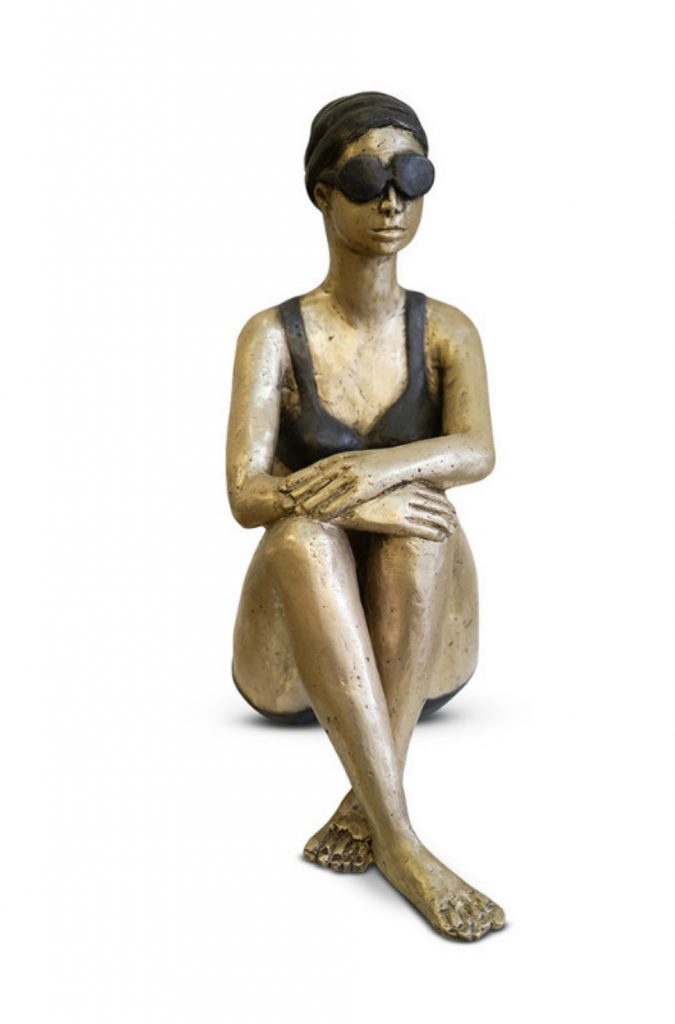 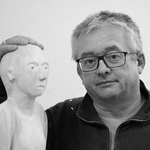 Peter Hermann creates seemingly real human figures of all ages, which he stages in a decidedly casual posture. They seem untouched by everyday problems, show no signs of stress or anger and often radiate a stoic calm and composure.

Despite their casual clothing, the figures possess a certain elegance. This is emphasised by the strikingly long necks, the partial use of gold leaf for some attributes, the slender bodies without exception and the smooth faces, reduced to finely worked lips, narrow noses and expressive eyes.

By omitting any detail, the gaze is directed to the essential: the face and especially the eyes. Wide open, they look expectantly towards the observer.

At first sight the sculptures seem distant. But if the viewer gets involved with them, he can hardly avert his gaze. The longer this nonverbal contact lasts, the more familiar they appear. The distance disappears more and more. The figures seem to be removed from everyday life. Their role is that of a patient, silent listener. In this sense they enter into a wonderful symbiosis with the human being. They need the human being as an active part, and in return they give him or her a special feeling of peace and naturalness.

Peter Hermann uses lime wood or stone glued into blocks as raw material for his sculptures and works in clay for his bronzes. For him the raw material serves as the basis or carrier of his ideas and not as an end in itself.

Peter Hermann exhibits in many galleries in Germany and Switzerland and takes part in art fairs.